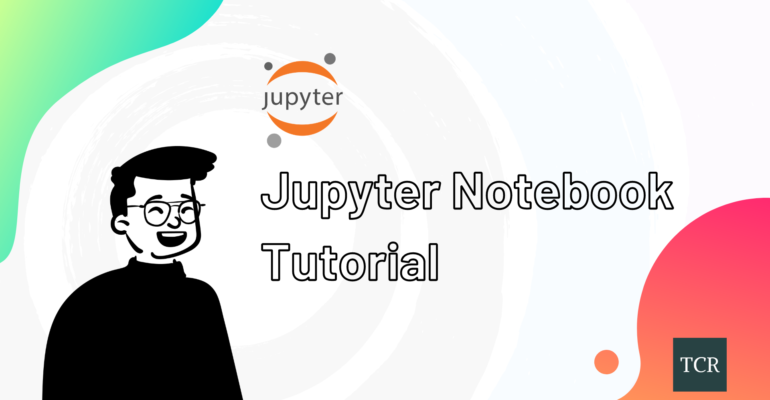 Jupyter Notebooks have become the go-to IDE for a lot of data science aspirants and yet, a lot of professionals (including data scientists) still struggle to use it for their day-to-day work.

What is a Jupyter Notebook?

The Jupyter Notebook is an open-source web application that allows you to create and share documents that contain live code, equations, visualizations and narrative text.

Jupyter Notebook is an interactive IDE that supports over 40 different programming languages including Python, R, Julia, and Scala. It also allows the use of mark-downs to help data scientists quickly jot down ideas and document results.

One of the best things about Jupyter Notebooks is its minimalistic design and user interface – even a non-programming professional can understand the contents of the notebook based on the content of the markdown. Also, since the Notebook can be hosted on different platforms, it has become a medium to show the capability of what a job-seeking data scientist can do.

Installing the Jupyter Notebook is pretty easy in Python with the pip package installer. Just open your terminal and write the following command:

Alternatively, if you’re using the conda package manager, you can install jupyter notebook with the following command:

Once the installation finishes, you can start your Jupyter Notebook by just writing jupyter notebook in the terminal as follows.

Now you can access the Jupyter Notebook from your browser by going to http://localhost:8888/. The port number may be different on your system so make sure to look at your terminal to find the right URL.

Tip to remember: Make sure to change your directory to the desired location before starting the Jupyter notebook so that you can properly manage your notebooks.

Select the available Python version and a new iPython notebook will be created with the extension .ipynb. Now, you’re all ready to start coding!

As you can see, iPython notebooks on Jupyter Notebooks are based on a cell format, that is, you can write Python code in cell blocks and execute it then and there.

Let us write a simple ‘Hello, World!’ format to demonstrate that by writing some Python code in the cell.

You can also create a Markdown cell where you can write text as a Markdown. Just select ‘Markdown’ from the Jupyter Notebook toolbar.

Notice how the In [ ] symbol disappears from the side of the cell. Markdown texts are useful in writing essential guidelines and comments for the code. Let’s try writing, ‘This is a Markdown text.’

Then, again press on Run.

There you have it! You’ve written your first line of code as well as your first Markdown text in Jupyter Notebook. Quite neat, isn’t it?

Now that you’re familiar with the basics of Jupyter Notebook, it might be a good idea to remember some shortcuts so that you don’t have to go to the toolbar over and over again to run a cell or to perform other similar operations.

Here a list of commonly used shortcut commands as well as the respective operations they perform in Jupyter Notebook.

a. Command Mode – You can go to the ‘Command Mode’ by clicking inside a cell and then, pressing the escape (Esc) key on your keyboard. Once, you are in Command mode, you can use the following shortcut commands:

b. Edit Mode – You can go to the ‘Edit Mode’ by selecting a cell and pressing the Enter key on your keyboard. Once, you are in Edit Mode, you can use the following shortcut commands:

You can also edit your keyboard shortcuts however it isn’t necessary.

Some Jupyter Notebook tips and tricks

Let us have a look at some neat tips and tricks that you can do in Jupyter Notebook.

You are now equipped with the fundamental knowledge for working with Jupyter Notebook.

Although this tutorial doesn’t cover all of the different tips and tricks (since there are many), we still hope it was helpful to you. If you feel something is missing or if you’re stuck, feel free to write it down in the comments below.

Also, if you are interested, we have launched a free Data Science Specialization track with Python for data science aspirants like you. In the specialization track, you will learn the fundamentals of Python and then later delve into advanced topics such as Machine Learning (and Deep Learning) using TensorFlow 2.0.

The best part is – you don’t have to study alone! You can join our vibrant community of data science aspirants who are there to help you in your learning journey: Join the TCR community. See you on the course!